Publicated on 07 August 2020 by Florian Gabon

In this article we will show you how:

The Apache HTTP server commonly known as Apache was officially released in 1995. Nowadays is one of the most popular HTTP servers on the World Wide Web. Many organizations such as Facebook, Cisco, IBM, and of course Apache Software foundation itself uses it. It's an open source web server, maintained by Apache Software Foundation. Apache is a cross-platform, even if the vast majority of server instances runs on Linux but some version also run on Windows.

How to configure Apache to Bleemeo?

Once the agent is installed, let's enable the metrics gathering so that Bleemeo agent could access Apache status.

Normally this should be done by default with Apache on Ubuntu or Debian but if not, you can enable it by running:

Once Bleemeo agent has been able to access the Apache status module, a new default dashboard appears. This looks like: 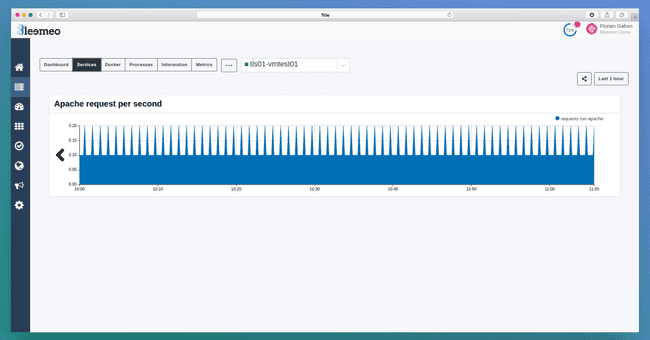 How to customize your dashboard?

Now let's see how to make custom dashboards that can better meet your specific expectations. For example, we will monitor metrics: 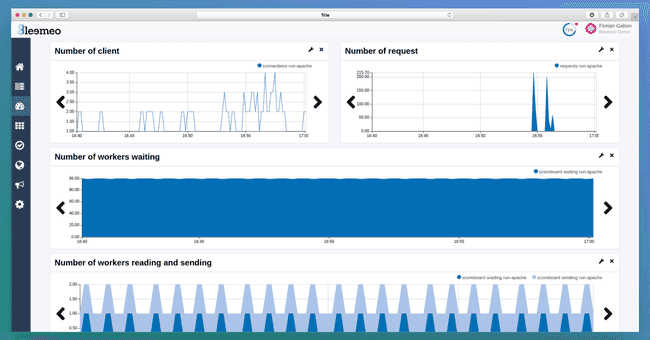 This type of dashboard allows you to better know when there are people connected and how many, and also what is happening on your server. You can also add other metrics, if you run your server on a docker for example you can add:

It will allow you to have a single dashboard for several types to monitor and therefore a dashboard is infinitely customizable, which can be useful for what you need exactly to monitor. With Bleemeo, in a few minutes you can start monitoring Apache metrics and creating custom dashboards.
If you don't have a Bleemeo account yet, start monitoring your Apache today in 30s.